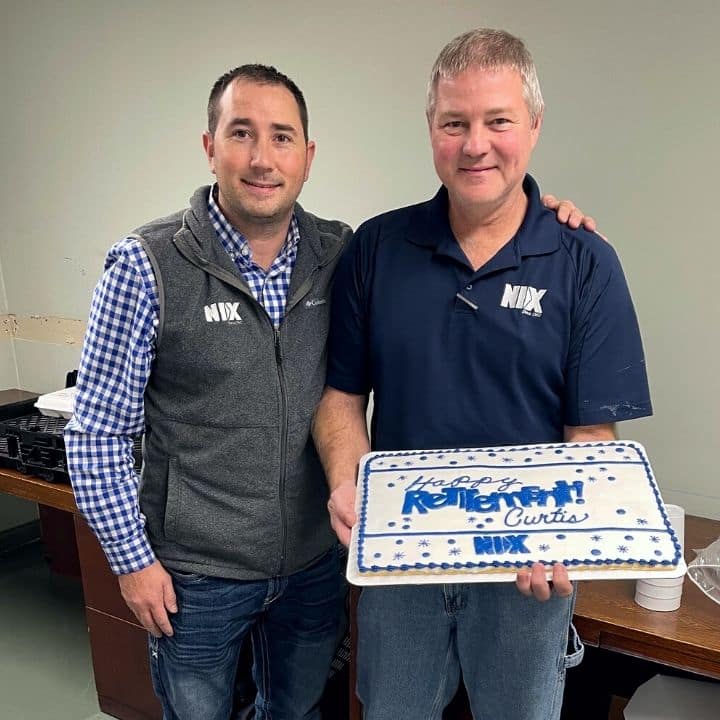 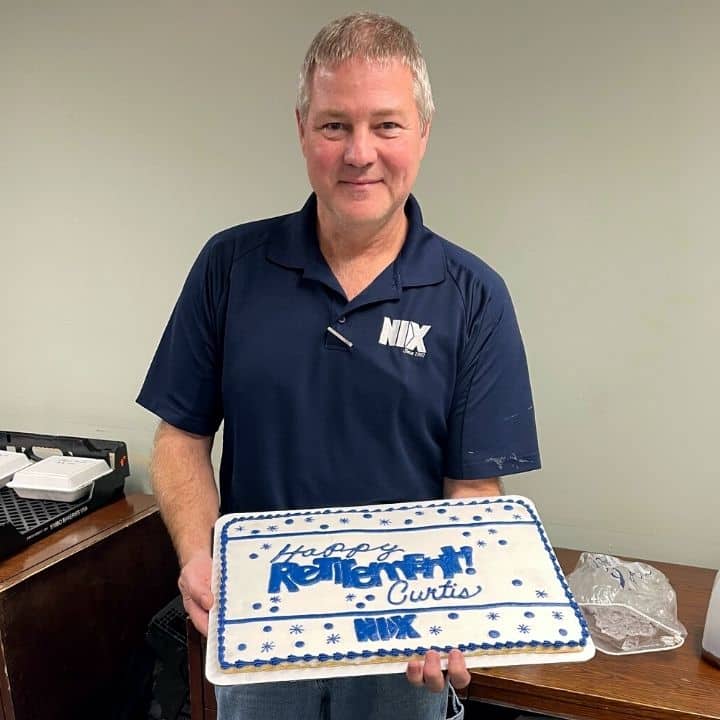 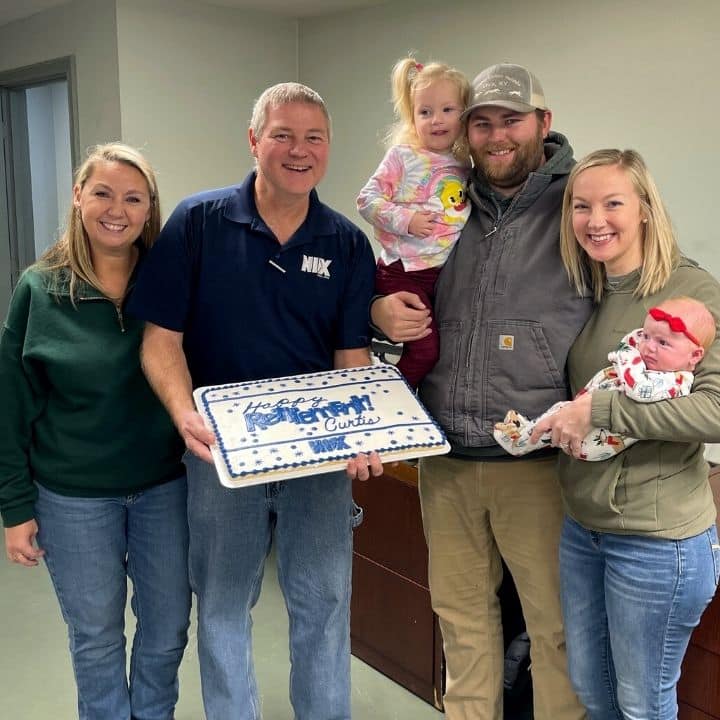 POSEYVILLE, IN (December 28, 2021) – Nix Companies Inc. announces the retirement of Curtis Drake, former owner of Superior Fabrication in Rockport, IN.

About Nix Acquisition: Nix acquired Superior Fabrication in 2018, where it then became Nix Structural Fabrication Division. Curtis remained employed with Nix as the division’s Operations Manager for 4 years.

Matthew Nix, President of Nix Companies, offered the following statement: “It has been an honor to carry on the legacy of Superior Fabrication that Curtis Drake built. From the day we took over the business until his last day, four years later, Curtis continued to treat the business like his own. His dedication allowed us to grow the business significantly, and his leadership helped prepare the next generation of leaders for this division. I have learned a lot working alongside Curtis. We will certainly miss him, but we wish him all the best in his retirement.”

Nix is a metal fabricator and specialty trades contractor. We specialize in manufacturing, maintenance, and industrial products sales. We believe our competitive advantage is the caliber of our people, our corporate culture, and our mission to “Be Big, Act Small ℠”. This means we are big enough to serve you, and small enough to know you.

Gary joined the Nix team in July of 2021 as the Project Coordinator for our Field Coatings Division. Gary has 15 years of experience specializing in coatings and structure repairs to elevated and ground water storage tanks. Along with that, he has his certification in welding and has completed projects for many Fortune 500 companies and municipalities
nationwide. Gary’s wealth of knowledge on tanks and years of experience in these industries is very beneficial to our Field Coatings Team as they continue to grow and expand. 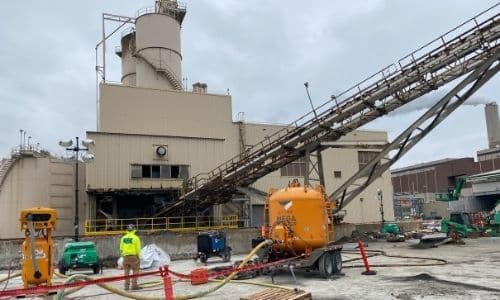 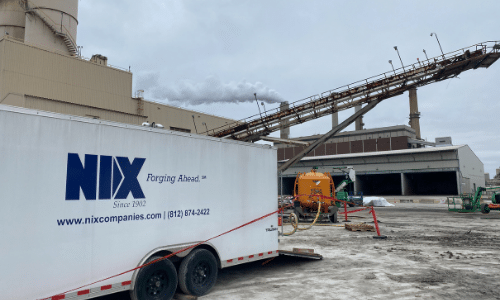 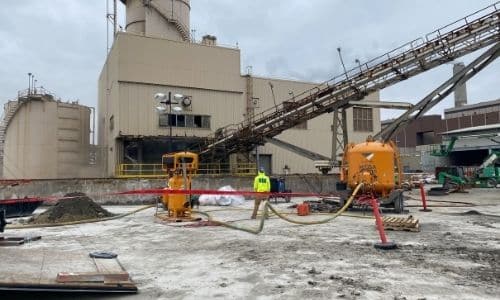 The customer was doing a full belt refurbishment with rollers, belts, drives, and counterweight, during a scheduled outage. They had received notice that some supplies had been delayed and had decided to capitalize on the delay to sandblast and paint the structure for corrosion control. So after some mechanical repairs were made, the Nix Field Coatings Team was allotted 7 days to blast and coat over 120 feet of conveyor and catwalk! 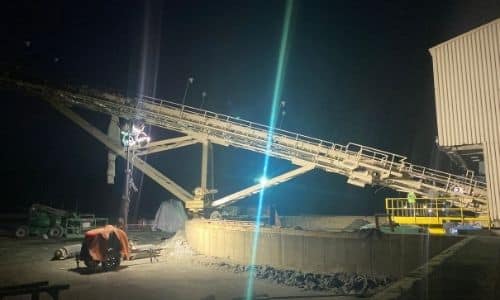 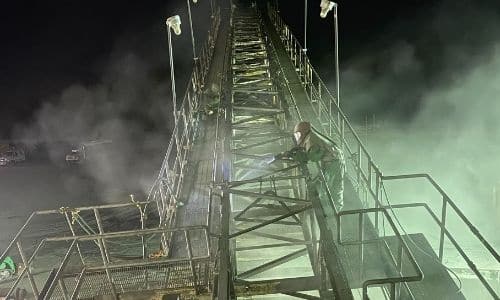 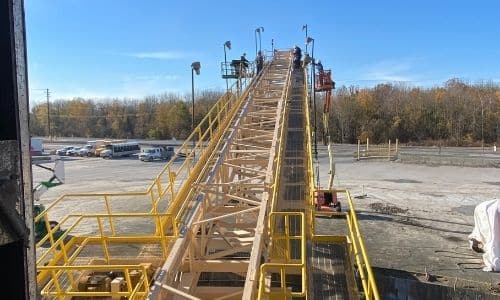 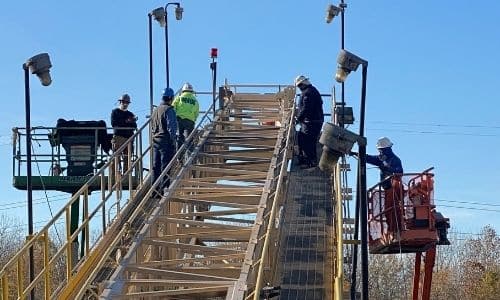 Nix was able to utilize a Bull Pot Blasting setup in order to run 4 blast lines simultaneously. This allowed for high output of blast media and increased production.

We also scheduled a two shift turn around in order to fully utilize our equipment, only shutting off in order to do a pre and post shift safety discussion.

After blasting was completed we then spray applied two coats of industrial epoxy to all the steel structures and frame. At the end of the project, we then topcoated the safety feature with a safety yellow urethane. 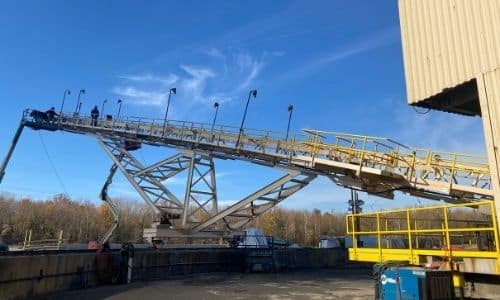 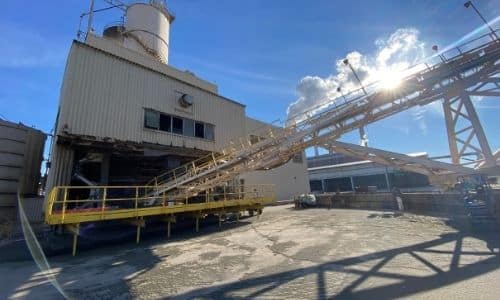 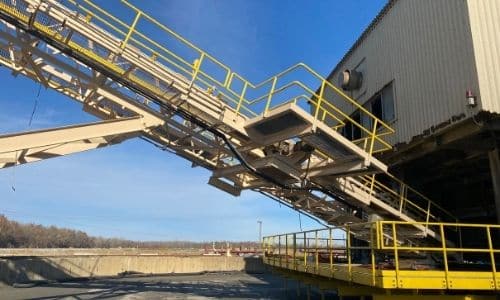 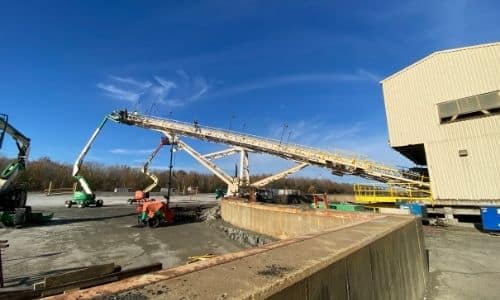 Nix completed the project ahead of schedule without any delays from weather or safety issues despite having several people working closely together and some less than favorable conditions. This provides corrosion protection for their equipment and a safe working platform for employees to access the belt for routine maintenance and inspection. We are happy to have the opportunity to serve our customers and help them continue to run safe and efficiently.

READY TO START YOUR NEXT PROJECT?

Chris joined the Nix team in November of 2021 as General Manager – Structural Fabrication Division.  Chris graduated from the University of Southern Indiana with an Electrical Engineering Technology degree. With over three decades experience in the Industrial and commercial construction market, Chris has extensive experience in negotiations, operations, management, continuous improvement, and business development. 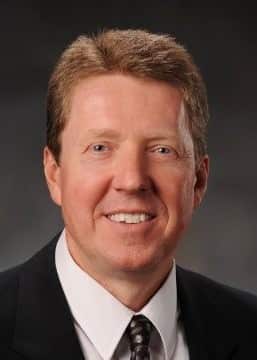