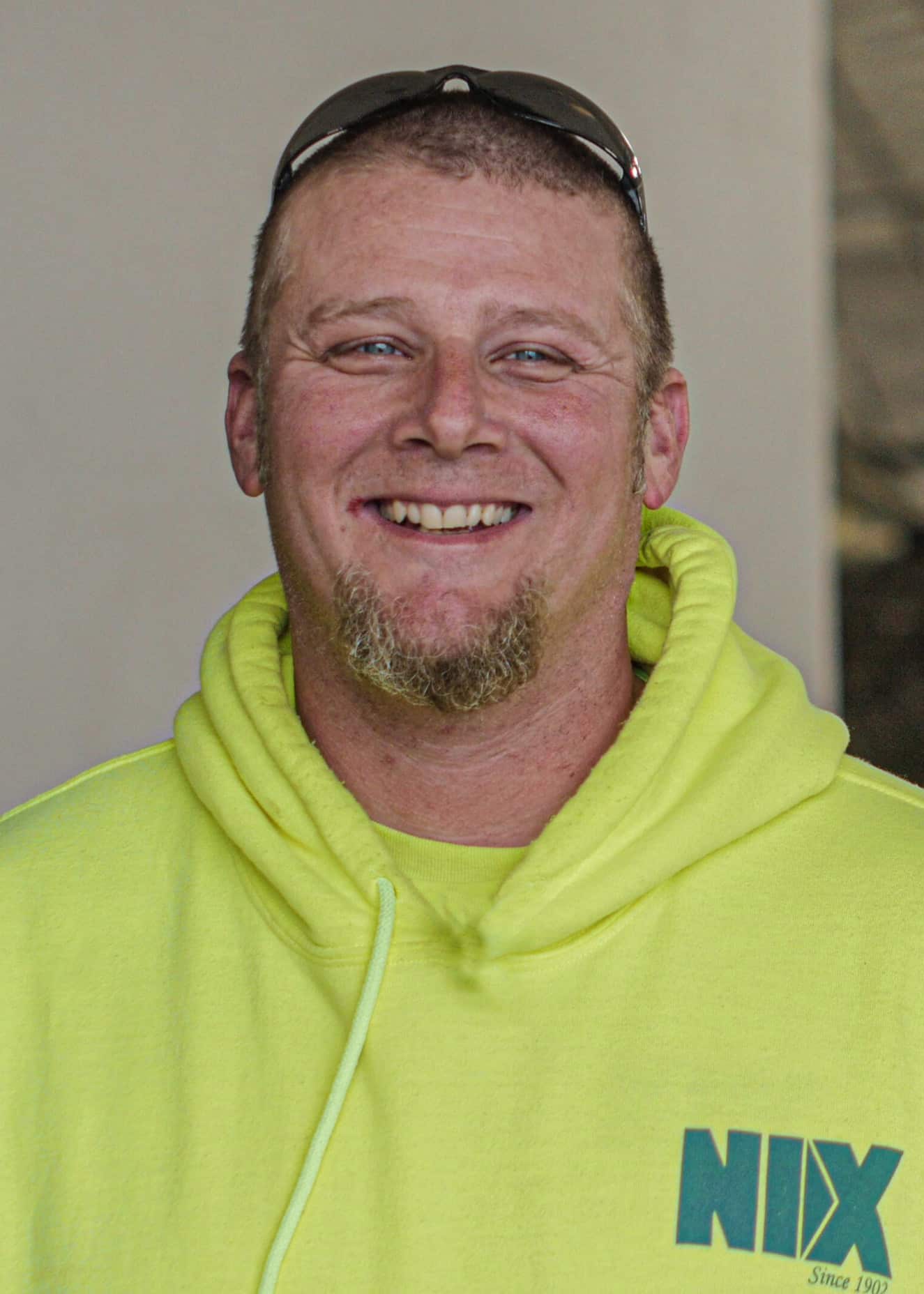 Jason Offerman joined the Nix team in the spring of 2012. Jason started out painting for Nix Metals on the side before Nix Coatings came into existence. When Nix Coatings was launched, Jason was the man for the job to head our paint division. Jason is a dedicated employee and hard worker. Jason was promoted to the role of Mobile Coatings Foreman in January 2018. We are excited to see him lead the mobile crew by his example and experiences over the last few years. 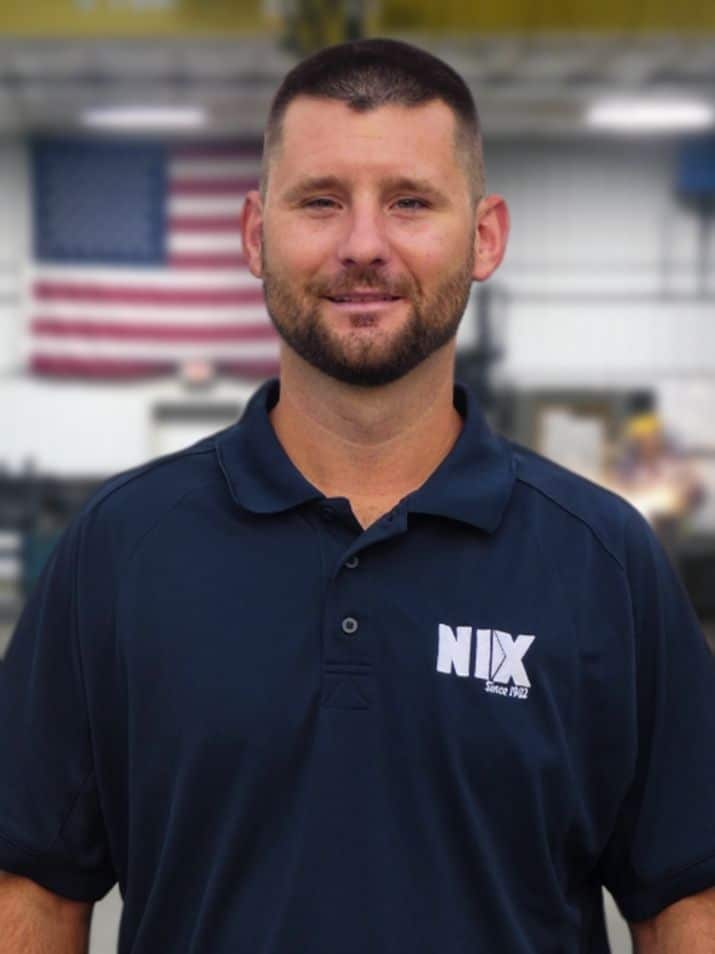 Darvin joined Nix in July of 2019. He enlisted in the United States Marine Corps after high school, serving as a jet engine mechanic on AV-8B Harriers. After completing his enlistment, he returned to Princeton and gained employment with a fabrication/machine shop as a CNC burn table operator. After 2 years he re-entered the service with the U.S. Army and retired in 2010. Upon relocating back to Princeton, he worked as a fabricator with his previous employer. He work in the shop and performed tasks of welding, burn table operator and press brake operations for several years before becoming the weld shop supervisor and preforming manual machining work. During this time Darvin also worked with the company engineer and went to school for AutoCAD, assisting in design and drawing of parts and assemblies. Between 2016 to 2019 he served as the operations manager, while continuing to work closely with the engineering department. Currently he works in the engineering department and is responsible for design & reverse engineering of machined parts and assemblies. Sam began with Nix following the acquisition of his company in July of 2019.  He attended VU in the machine trades program and finished in 1997.  He began his career in the machine trade in 1997, primarily running a large CNC VTL as a night shift operator and running various other machines, lathes and mills.  He then went on to be a team lead in the Turning/Milling department and then on to the Turning/Milling Department Manager. In these rolls he gained experience in operations, purchasing, maintenance as well as hiring and managing team members.  He acquired knowledge in purchasing and installation of new equipment and became heavily involved with machine maintenance & repair. He was responsible for scheduling of the department in coordination with gear cutting and welding. He then went on to be the Manufacturing Manager in which he was responsible for all production throughout the facility, quote forecasting and shipping/receiving.  In May of 2017 he took over operations at Heritage and went on to purchase the business in November of 2017. Sam brings a wealth of knowledge and experience in heavy machining, gearboxes and gear cutting. We are excited to carry on his work under the Nix family name.
MEET MORE OF THE TEAM 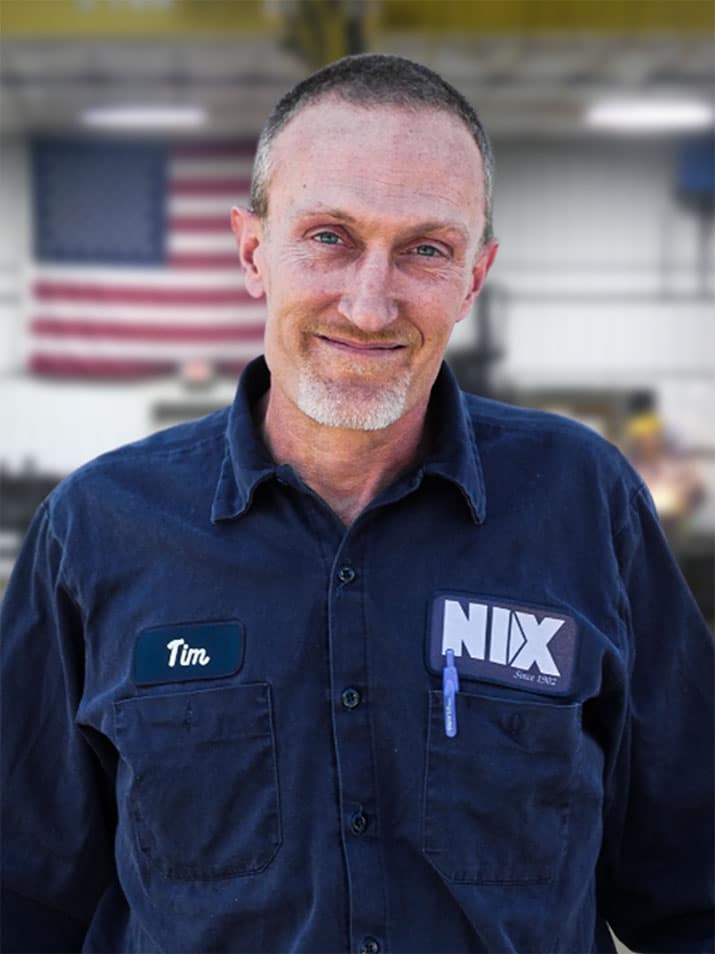 Jarrod joined the Nix team in August of 2020.  He started in the steel industry as a laborer before working his way into a role helping a CNC table operator by drawing parts in 2D Autocad.  In previous roles, Jarrod learned to be a CNC table operator as well as how to weld, paint, and other various jobs in the shop.  With over 18 years of experience detailing, Jarrod brings to Nix ample knowledge in multiple software including Autocad, FabSuite, Advance Steel, NestFab, and Microsoft products.

Gary joined the Nix team in 2018.   Gary has extensive experience in the field of fabrication.  Gary has been in estimating, project management and shop operations.  We are looking forward to learning from Gary’s years of experience at both Superior Fabrication and Nix Metals. 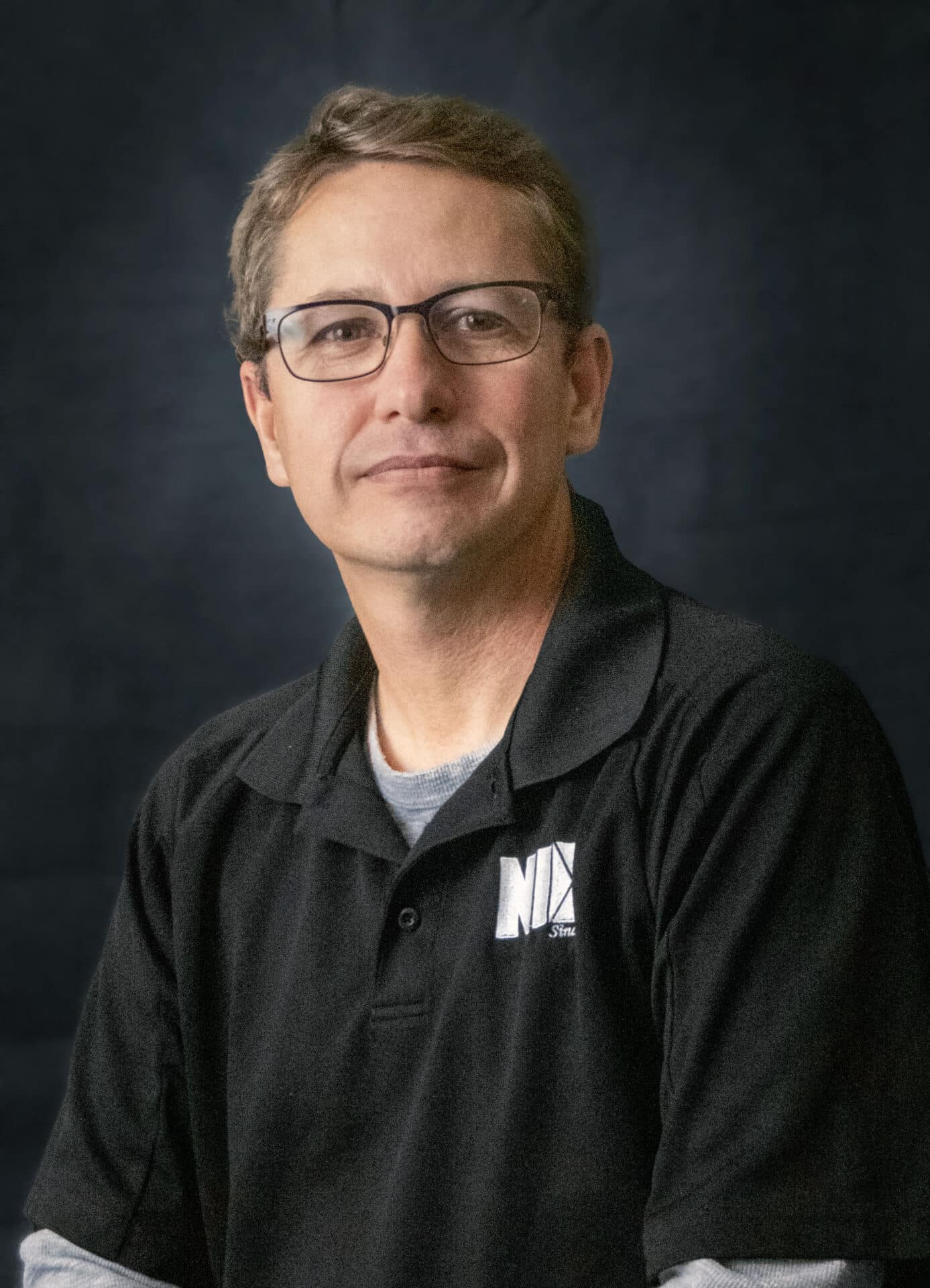 Nick Hawkinson has been with Superior Fabrication for two years.  He has a degree from Western Kentucky University in Construction Technology.  Nick has several years of project management experience working as a Foreman for Commercial Construction General Contractor.  Nicks project management experience and commitment to quality will allow him to lead our team to meet customer expectations and deadlines.

Adam Williams grew up in Evansville, IN where he graduated from North High School in 1997 and went on to attend Ivy Tech Community College. Adam left Ivy Tech when he was offered a job as a Structural Detailer in 1998. Adam worked as a Structural Detailer for 13 years before accepting a job in 2011 to Design and Detail Fuel and Water Tanks. During this time Adam decided to return to Ivy Tech Community College where he earned an Associate’s Degree for Computer Information Technology in 2012. In 2013 Adam was offered a job as a Structural Detailer, Adam welcomed the change and returned to the field of his choice. Adam worked at this job for 3 years before accepting a position at Superior Fabrication in 2016.

Adam has 19 years in the Steel Industry whether it is Detailing and Checking Structural Steel or Designing Water and Fuel Tanks. Adam is well versed in SDS/2, AutoCAD, FabSuite and Microsoft Office products. 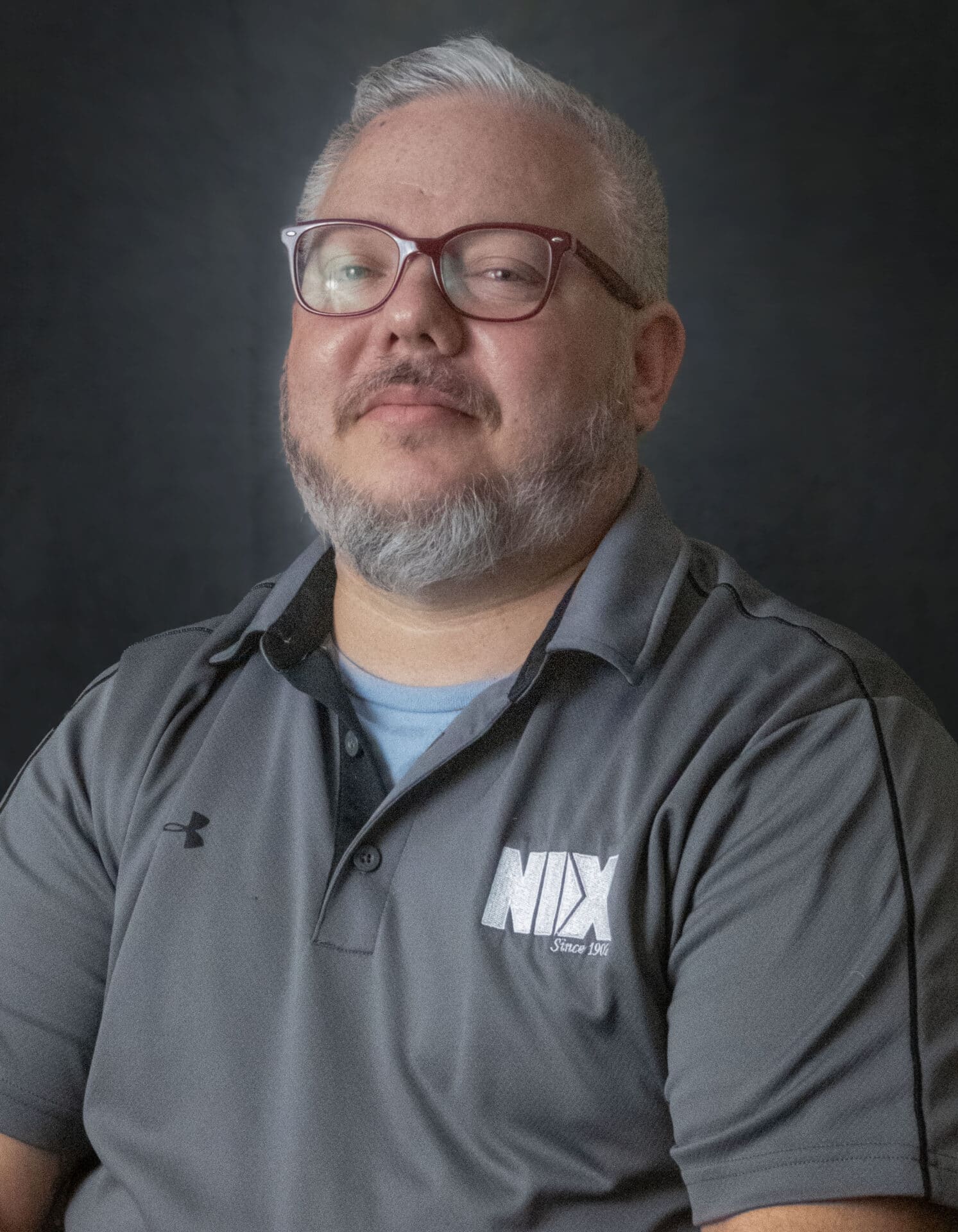 Jerry joined Nix in May of 2019 with 20 years of machining experience.  At his previous company, he worked his way from a CNC Operator up to Production Supervisor of Manufacturing. He began at Nix as our Repairs & Maintenance Division’s Service Coordinator where he focused on production scheduling, project management, and customer relations.  In 2021, Jerry transitioned to the Site Operations Manager position for the division. Jerry brings a great team-first attitude to our R&M team while also exhibiting strong leadership skills. 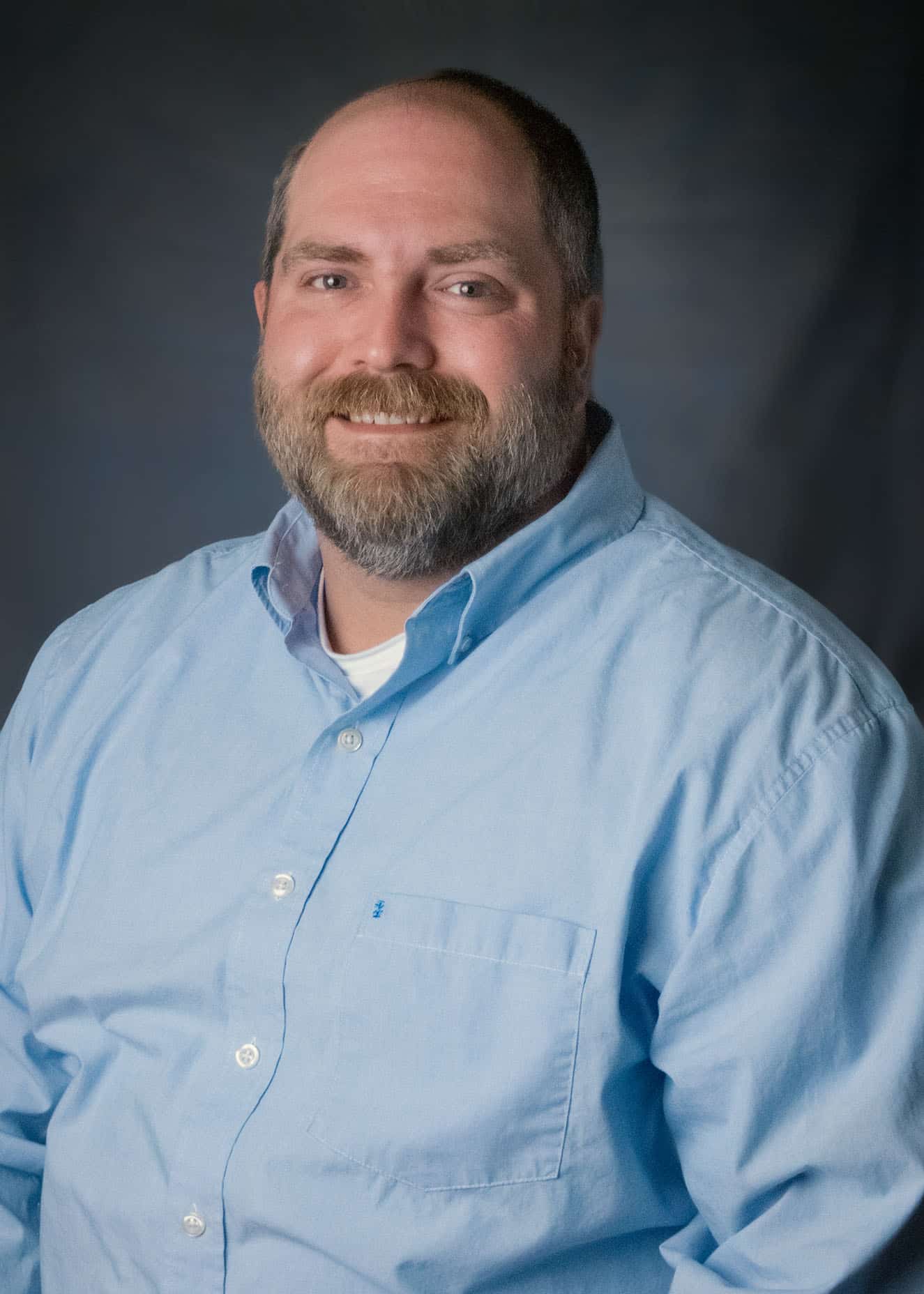